In an argumentative exchange, the participants are part of a complex system of roles and characters, according to which they speak and act. Some of these roles are general; others are specific to the argumentative situation.

The concept of a participation framework details and clarifies the traditional concept of a verbal exchange between a speaker and one or many listeners. The participation format is defined as a relation with two complex speech structures, the production format and the reception format (Goffman, 1981). These concepts are instrumental to the analysis of all argumentative interactions, from rhetorical addresses to everyday argumentative interactions. They are relevant to the analysis of the ethos, and the polyphonic structure of the argumentative text.

The people who can actually hear the words said by a speaker occupy various statuses in relation to these words.

In a classical rhetorical address, the audience is ratified and addressed. The difference with the dialectical situation is that the audience has no official right to the floor; nonetheless, it may applaud and boo its reactions (Goffman 1981).

Speech is produced by the speaker. Goffman (1981) and Ducrot (1980) have independently shown that the speaker should not be considered to be a unified entity but as a complex articulation of different discursive personae; in Goffman’s words the Animator, the Author, the Figure and the Principal (id., p. 144; p. 167).

— The Animator (Goffman) is the talking machine, physically producing the discourse. In the same function, the Speaker is re-defined by Ducrot as “the empirical being” to which all the external determinations of speech can be attributed, “the psychological or even the physiological process which is at the origin of the utterance, the actual intentions, cognitive processes that have made the statement possible” (Ducrot 1980, p. 34).

The counterpart in the reception format of this talking machine is the hearing machine, that is the listeners, the whole range of ratified and non ratified participants, as persons who physically hear the speech and listen to it or not (Ducrot 1980, p. 35).

— The Author selects the thoughts expressed and the words to encode them. A speaker reading a book or quoting another person is the Animator of the words taken up without being their Author (Schiffrin 1990, p. 242). The pronoun I refers to the Author of the speech (except in quoted speech).

— The Figure corresponds to the discursive self-image of the Author, that is, the ethos.

— The Principal is “(in the legalistic sense) someone whose position is established by the words that are spoken, someone whose beliefs have been told, someone who is committed to what the words say … a person acting under a certain identity, in a certain social role” (Goffman 1987, p. 144). “The same individual can very quickly alter the social role in which he is active even though his capacity as animator and author remains constant” (id., p. 145). The same Author can address a student as a teacher, as an adult, as a citizen, as a New Yorker, etc. Defined as “someone who believes personally in what is being said and takes the position that is implied in the remarks” (id., p. 167), the Principal plays a key role in the polyphonic space, as the person taking the responsibility of what is said (Ducrot’s énonciateur, 1980, p. 38). S. Interaction, Dialogue, Polyphony.

For example, in the following statement:

The decisive point is that, the Principal identifies to voice V2; that is, the argument E1 is dropped, and the argument E2 validated.

There is no intrinsic superiority of argument E2 over E1. The speaker authors E1 and E2, and, as a principal, acts upon E2, not E1.

To sum up, “the Animator produces talk, the Author creates talk, the Figure is portrayed through talk, and the Principal is responsible for talk” (Schiffrin 1990, p. 241).

1.2 Roles attached to different types and genres of speech

To take into account the variety of discursive genres, one must introduce new roles, such as narrator and narratee for storytelling; expert and profane for explanation; proponent, opponent and third party for argumentation (see below).

Interactional genres bring their share of professional or occupational roles: seller and customer for shop interactions; teacher and students in classroom interactions; physician and patient for therapeutic interactions, etc.

Linguistic roles combine with a set of social roles, in which we distinguish (after Rocheblave-Spenlé [1962]):

The terms proponent and opponent are defined in dialectical theory, which frames argumentation as a game between these two partners, S. Dialectic. From an interactive perspective, the argument becomes dialectical when the third party is eliminated and each actor is assigned a role (“you will be the proponent, and I the opponent”) that must be assumed during the whole “dialectic round” (Brunschwig 1967). The elimination of the third party goes hand in hand with the expulsion of rhetoric and the constitution of a system of objective-rational norms. In a figurative sense, one could say that the third party is then replaced by Reason or Nature, in other words by the rules of truth.

If we take a rhetorical view of argumentation, the argumentative game is defined first as an interaction between a proponent, the speaker, and a third party, who is the silent audience to be persuaded. Opponent and counter-discourse are not absent, but are consigned to the background.

By getting into a discussion, participants acknowledge the fact that none of them has enough power or authority to decide on the matter at stake, and that they are engaged in a problematic situation.

Considering that the argumentative question as a full systemic component of argumentative interaction emphasizes the role of the third party. This figure materializes what is publicly at stake and the contact between the contradictory discourses.

In its prototypical form, the argumentative situation appears as a situation of interaction between the speech of the proponent, the counter-discourse of the opponent, both mediated by a third, mediating, interrogative discourse. The third party stabilizes or manages the question, and decides upon the external relevance of the participants’ interventions. The argumentative situation, as embodied in an exemplary way in public adversarial exchanges is therefore a three-role situation. Basic argumentative situations such as political debates and cases being tried before the courts, are tripole. Argumentative speech is systematically multi-addressed, the addressee is not only, or not necessarily, the adversary-interlocutor, but in one case the public about to cast their vote, and in the other, the judge about to pronounce a verdict.

In contrast to the categorical assertions and denials of the proponent and the opponent, the third party may appear as a softer and undecided character. In reality, it is the third party who refuses to accept either of the opposing proposals or points of view, asking for more arguments, remaining doubtful and leaving the question open, in the name of making an informed decision. In this sense, and in accordance with the most classical concept of argumentation, the judge is the prototypical figure of the third party. In the third party position are all ratified participants of the argumentative situation who consider that the argumentative forces are balanced, or, more subtly, that even if one seems to prevail, the other cannot be considered to be null. In philosophy, the radicalization and reification of this position is elaborated as methodological skepticism.

Once the third party and the argumentative question have been accepted as key elements of the argumentative exchange, the proponent and opponent may be granted full responsibility for their speeches. One may answer, “No!” and the other “Yes, of course!” without either of them being systematically accused of manipulation, bad faith or other kinds of fallacious speech.

Institutions may stabilize the argumentative roles and their attribution to individuals. In an ordinary interaction, the argumentative roles correspond not to permanent roles but to footings in the sense of Goffman (1987, chapter 3), in particular, in that they are labile. In the same speech turn, the same person can take the role of both the third party and proponent in relation to an issue (affirming a position while expressing a certain degree of doubt about it), or speak as a Proponent on an issue and as Opponent on another.

The individuals engaged in the argument are the physical participants, or actors of the argumentative situation. When clarification is needed, the expression argument-actor (Fr. actant, borrowed from semiotic theory), may be used to refer to the three basic argumentative roles, Proponent, Opponent, Third Party.

The distinction argument-actors / actors makes it possible to revisit the famous and strangely prized slogan “argument is war”, accompanied with its family of connected bellicose metaphors (Lakoff, Johnson 1980). Argument_2 may be a kind of war, luckily with a more limited number of casualties, but argument_1, that is argumentation, is not. The opposition between discourses, that is between argument-actors [Fr. actants], is not necessarily confused with possible collaborations or oppositions between people, that is, between actors [Fr. acteurs]. Argumentative situations are confrontational only when the actors identify themselves with their argumentative roles. In the most obvious case, that of internal deliberation, the same actor may progress quite peacefully go through all the argument-acting positions. If a group deliberates upon a question involving their common interest, it fortunately happens that the associated members will together examine the various facets of the problem, that is to say the different possible answers to the question and the arguments that support them. During this process, they systematically occupy the different argument-acting positions, without clear identification with one of these positions, and without necessarily transforming this process into a war between the actors. The argumentative situation is not inherently polemical; but it certainly can be so when the features defining the identity of the participants are involved and are put at risk in the discussion. 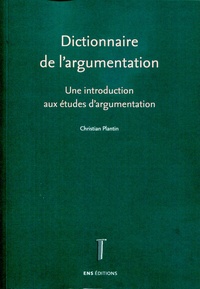 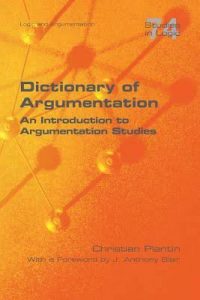 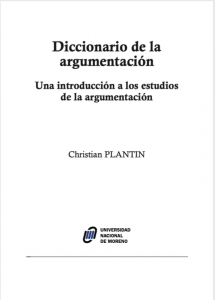